At Tyrrell Publicity & Promotions we curate creative and targeted public relations campaigns that cover all spectrums of media- both traditional and digital.

We work with our clients on anything from a strategic short-term campaign through to major and ongoing long-term campaigns. Our campaign work includes product launches, music events and festival, restaurant and hotel openings and event activations and a wealth of targeted promotional campaigns.

We truly share in the excitement of our client’s successes and love spreading the word of their exciting new projects we are working on.  Here is a selection of some of our most recent PR campaigns.

Team Tyrrell pitched a creative media concept – centred around the launch of our client- Balgownie Estate – Bendigo’s new Glamping Tents – to our contacts at Qantas Inflight Magazine.  They were so impressed with the Glamping experience and their time in Regional Victoria — that the feature article was extended to a full-page feature on Bendigo. 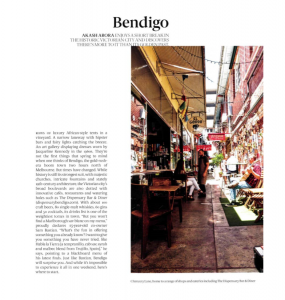 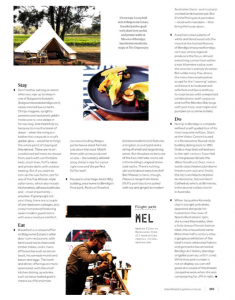 Tyrrell Publicity & Promotions partnered with Lombard the Paper People on its sponsorship of the Australian Team for the 2016 Olympics.

We worked with all forms of major Australian media – including major business press and lifestyle media – to promote the exclusive merchandising partnership with the Australian Olympic Team.

And achieved some huge media results over the course of the two week of the Olympics in Australia’s major metropolitan newspapers including the Sydney Daily Telegraph and Melbourne’s Herald Sun.  Our favourite media result was the full-page colour feature story on the Lombard Family that featured in the 2016 Olympics edition of the Australian Woman’s Day. 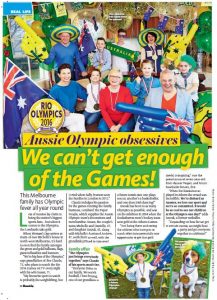 Our long-term client – Fitzroy Street, St Kilda – is one of Melbourne’s food meccas. With leading hatted restaurants and funky new café’s and bars popping up – we put forward a Degustation Media Itinerary – taking in all the sights, sounds….and delights of the famous bayside strip – which resulted in a full page story in Qantas Inflight Magazine. 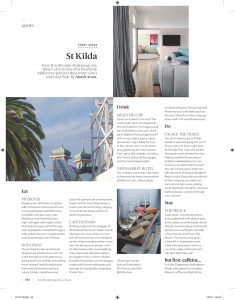 Team Tyrrell worked on the pre-opening media campaign and continues to work closely with Victoria’s newest four-star resort – Marnong Estate.  As part their all-encompassing Marketing strategy – many major Melbourne radio stations partnerships and sponsorships have been forged for the award-wining resort. In fact, one of these was a major week-long promotion on Melbourne’s Number 1 rating radio station – 3AW’s and sponsorship of its popular Rumour File segment.

Melbourne Day is the day when Australia’s southern capital celebrates its birthday and for many years – Tyrrell Publicity & Promotions has been the official PR partner of the month-long celebrations. Working closely with sponsors such as City of Melbourne and 13cabs – we achieved major print coverage in the Herald Sun for Melbourne Day’s Junior Lord Mayor campaign. 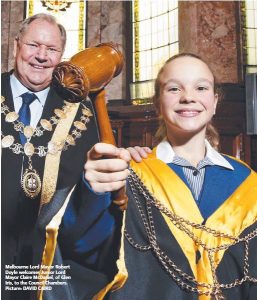 One of our favourites (and most delicious) clients – Ryne Restaurant – in Melbourne’s inner north….and we work closely with owner Donovan Cooke and his team on all aspects of their media and PR activity. In fact, Team Tyrrell were successful in getting Donovan – to appear as one of the leading guest chefs on MasterChef 2019 – as part of Legends Week. Donovan appeared on Australia’s top-rating Food reality show twice in the 2019 season. 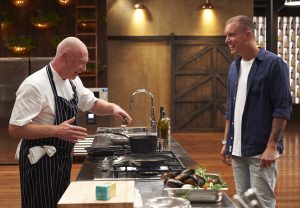 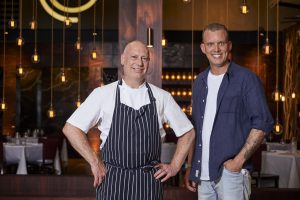 Team Tyrrell has proudly worked side by side with our friends and colleagues in Fitzroy Street, St Kilda – on the media and PR Campaign for Victoria’s annual Midsumma Pride March since 2014 – achieving major TV network news and leading newspaper coverage – year in year out. 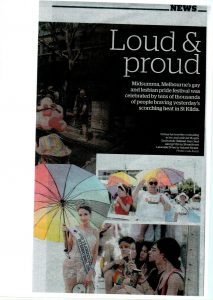 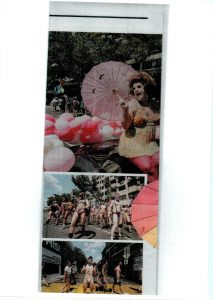 We worked closely with all major Breakfast Show production teams on creative ways to highlight our tourism clients – as part of their national weather crosses.

In 2017 our client – AQWA – The Aquarium of Western Australia – featured as the venue for a full show’s weather crosses on the top rating Channel 7 Breakfast show – with crosses from the aquarium’s under water tunnel, crosses featuring AQWA’s famous mermaids – to name a few creative segments 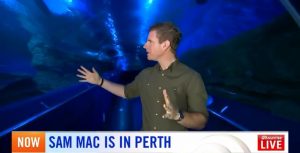 Much of our work is pitching the colourful aspects of tourism destinations to Editors and writers of Travel magazines.  Working closely with our key tourism clients and this time St Kilda Tourism – we curated a fun, colourful and enticing media itinerary – focussing on what was new and happening in the bayside suburb.

The Australian Traveller with an estimated advertising value of $18,000.00 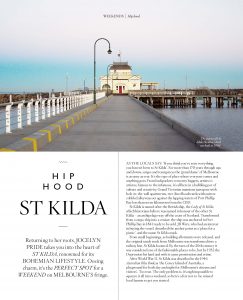 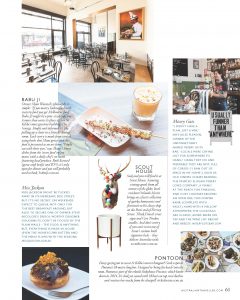